In general no person can act on behalf of another unless a person (principal) authorises another person (representative/agent) to do so, or the law allows such representation, for example in the case of a guardian and minor child. The principal must have legal capacity to manage his own affairs and be able to appreciate the consequences of his actions, in order to lawfully authorise a representative to act on his behalf. The general rule in our law is that a representative cannot have more powers than his principal.

With society getting older, dementia is becoming more prevalent. It is common practice for people to appoint a child, sibling or spouse by way of a power of attorney to conduct their future affairs on their behalf when they are diagnosed with the onset of dementia. Such a power of attorney, however, becomes null and void when the dementia develops to a stage where the sufferer is no longer capable of handling his own affairs. Despite this there are many instances where representatives act on behalf of principals who are incapacitated, without realising that their actions are unlawful and that the transactions they entered into on behalf of the principal may be set aside.

Legislation is in the pipeline to enable a power of attorney (enduring power of attorney) to be granted which will continue despite the subsequent impairment of the principal – i.e. will endure notwithstanding an impairment that hinders the principal’s ability in exercising his legal capacity on an equal footing with others. Legislation in this regard may still take many years to be enacted, as it does not appear to be a priority of the government.

The measures at present that can be taken, so that one person can look after the affairs of another, when the latter cannot do so anymore due to an impairment, such as dementia, are all inadequate, but depending on the circumstances, may be the best solution at the time. These include the appointment of a curator bonis by the Court, the appointment of an administrator by the Master, or the use of a special trust. When the time arises for a tough decision to be made about the welfare of a loved one who is losing the ability to take care of his/her own affairs, legal advise should be sought, as there are many legal issues to be considered. 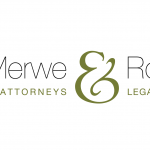 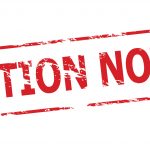 A Landlord’s right to terminate a residential lease and evict tenants, explaned.